Complete the form below to get "Think & Grow Rich FREE"

"Think and Grow Rich" is a motivational personal development and self-help audiobook written by Napoleon Hill and inspired by a suggestion from Scottish-American businessman Andrew Carnegie.

While the title implies that this book deals only with how to achieve monetary wealth, the author explains that the philosophy taught in the book can be used to help individuals do or be almost anything they want in this world. 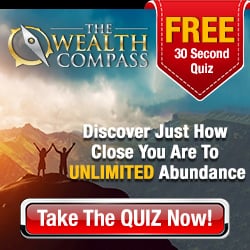