There’s a reason why I say that there’s no other time period that I would prefer to live in. The things that you and I have access to and often take for granted were practically inaccessible to almost all humans that came before us. Do you realize the gravity in what I’m saying right now? I think the single best investment that you can make in life is in yourself, and perhaps the most useful skill that you can acquire in this day and age is learning how to learn. So in this video I’d like to share with you guys how I learned things online because while information may be accessible, which is huge, it’s quite the journey to go from incompetence to competence and figuring things out. First, a little bit of context. There’ll be timestamps in the description if you want to just skip to the action. I never went to college and I have no intention of ever going. I firmly believe that this is the best decision that I ever made in the 21st century.

Anything that I would have wanted to learn is available online, just without the crippling debt. However, I also recognize that that’s not necessarily the case for everyone. It all depends on your circumstances and what you’re interested in. This video is not about college. I already made a video about that, but it is hopefully to show that more is possible online than you might think. Like probably a lot of you, I hated high school with a burning passion. I couldn’t get out of there fast enough.

This was not because I was bad at it. On paper I was actually pretty good I had a GPA of 4.15 But the thing was that I was very skilled at only learning what I knew I needed to know to pass my classes. I look back at my time in high school and feel like I learned practically nothing of value. Except that on Wednesdays we wear pink. Can’t believe I just said that. Okay, so back to the Internet. There’s info on pretty much anything out there. Just a few weeks ago I made a two-part series on learning Italian in seven days, and that’s just one example. It’s just the tip of the iceberg. So let’s identify what I think are the two main challenges of learning something on the internet. One: There’s a lot of BS out there. The truth is the bar of entry to posting content online is extremely low in most cases. That’s both one of the best things about the Internet and also one of the worst. All that basically means is that you have to learn how to sift through the dirt to find the gold.

And there’s a lot of dirt, and a lot of gold. Anyone can tell you how to edit a photo nowadays, which is cool and all, but most people have no idea what they’re talking about. And two: Lack of discipline. It’s easier to be told what to do and play a passive role in life. I’m convinced that a majority of people live like this. The good news is that discipline is like a muscle which means there’s something you can do about it. Also, you only need a little bit to make a massive impact on your life. Perhaps the most Important thing to keep in mind is that you should have an objective. If you’re intense about this like I am, then you probably want to strive to distinguish yourself from others.

That makes you valuable. Having a goal is crucial because it’ll keep you from getting lost in the sea of information that’s out there. Are you trying to become a 3D animator for Disney? Do you want to make Norway’s best Mexican food? Write it down. This goal might change and that’s okay, but it’s good to have a North Star. Alright, so what you’ll need: An objective and a bit of discipline, like I mentioned earlier. A desire to learn, and an internet connection. Duh! Okay, now let’s try to understand what we’re attempting to do here.

Noel Burch is credited with developing what is known as “The four stages of competence” or “The conscious competence ladder”. You might be familiar with this, so I’ll just briefly cover it. When you start learning something new, you don’t know what you don’t know. You’re clueless about how clueless you are. This is called unconscious incompetence. Alternatively you could watch Jamie Windsor’s video about why bad photographers think they’re good. We’re going to take filmmaking in my case. Okay, when I first picked up a camera almost four years ago, I didn’t even know how to set the focus, let alone tell a story or create a feeling. “I do not know anything about using a camera… and that’s exactly why I’m trying to use one right now.

I would like to learn.” Kind of hurts to watch that. Okay, so when I’m learning something new online, the first stage that I go through is what I called the absorption period. You need to cast a wide net and get a better understanding of the field that you’re getting yourself into. Books, podcasts, videos, articles. Get different perspectives, something about what you’re interested in attracted you to study it in the first place, but it is during this stage that you’re going to discover if this has the potential to become a real passion of yours or not. You can’t know until you’ve tried. Next, if you’re like: “Okay, I want to go with deep with this” First of all, congrats. That’s an exciting feeling and now you’re in stage two.

I call this going straight to the top. Basically, it’s essential to distinguish quality info from useless or low-quality info, This is super important because it’s just not possible to consume everything that’s out there and the low quality stuff, which is most stuff, is just not worth your time. Now there are many ways to go about this, but my personal favorite is to find people that are at the top, the experts, and become a disciple. 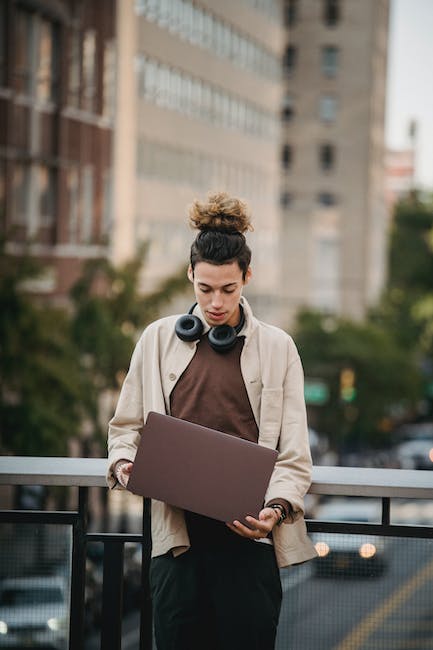 This is not black and white. But again the more time that you can commit towards studying from people that really know what they’re talking about, the better. How do you find these people? It’s not an exact science, but things I generally look for are clear signs of mastery in their craft. This is usually evident in people with a lot of experience and/or successful careers. Does their work speak to you? That’s also really important. Being mindful that people with really big followings aren’t necessarily good at what they do, they might just be really good entertainers or marketers. Also, if you’re getting bombarded by ads by them, that’s usually a red flag. Here are some examples. Do you want to be an entrepreneur? Sam Ovens and Tim Ferris put out a lot of incredible info.

Marketing or blogging? Seth Godin. Filmmaking? Peter McKinnon and Brandon Lee. How about photography? The more specific you can go the better. Thomas Heaton is an amazing resource for landscape photography, while Joanie from “The Bite Shot” focuses on food photography. Want to learn how to negotiate? ‘Never split the difference’ by Chris Voss, a literal former FBI hostage negotiator. Listen to what they say and also study what they do, and treat it like you’re learning from the best.

Take notes. Application. Next, it literally doesn’t matter what you do. You just have to apply what you are absorbing so that it can become a part of your long-term memory, a legitimate skill. Absorbing info online is so powerful but it’s also not the full equation, and you’ll lose most of it if you don’t use it. Give yourself creative projects. Have a goal to work towards. This is a wonderful way to build up a portfolio at the same time, by the way. There are a few things more fulfilling in life than accomplishing something new with a new skill. We’re going to use my journey as a filmmaker as an example again. In early 2017, I remember watching a Sam Kolder video on YouTube, and realizing that I had made practically no progress on the technical side of filmmaking in almost two years. This is a very depressing thought and it was also holding me back as a storyteller.

So I dove headfirst into all the tutorials and videos out there. Then I selected a personal interest of mine, France, and my experience in that beautiful beautiful country, and made myself create a series of three short films where I tried to apply absolutely everything that I was learning. Sound design, color grading, fancy schmancy transitions, just everything. I spent at least a month on each video and let me just say I feel like I’ve never learned so much so quickly. From there, you’re well on your way. Obviously the process doesn’t end there, but that’s more than enough to get started. With time, this process gets easier. It actually gets more intuitive. You will get better at identifying useful from useless information, and that’s like a superpower, I swear. To recap: Stage 1, absorb. Cast a wide net and learn as much as you can about the field that you’re getting into.

Stage 2, go straight to the top. This is a very effective method of distinguishing high quality from low quality information. In stage 3, apply what you’re learning. Finally, you may have noticed that I’ve never done a sponsored video on this channel. That is not an accident. My criteria is pretty strict. I have to use the service, it has to improve my life, and I have to like it enough to recommend it to a friend. Now, this video is sponsored by Skillshare and I can hardly think of a better fit for a sponsor on this channel. They’ve got over 25,000 courses on pretty much everything, from productivity to photography.

I think this is the future. It’s an amazing way to get started, learning something new, or like I said, going straight to the top and finding a highly qualified teacher. I’ve been using them lately to continue learning how to cook. Definitely useful info if I don’t want to lose a finger in the kitchen. I’ve also been enjoying this course by Ami Vitale on documentary photography.

I actually also used Clarke Academy recently, when I was studying filmmaking and photography very intensely and I loved it. I think the reason I like them so much is that it feels intentional, you know a little more curated, more worth my time, basically. By checking the reviews and what people have to say of different courses you can largely bypass this issue of absorbing low-quality information that’s a little bit more difficult to navigate elsewhere on the Internet. Also, it’s insanely affordable compared to higher education or other avenues of learning. An annual subscription is less than twenty bucks one time fee. Craziness. Believe me when I say we haven’t even come close to harnessing the power of the Internet. If you enjoyed, hit that subscribe, and bell button so you can keep up with my future content.

You can learn what you want at Clarke Academy, or you can sign up to my newsletter where I sometimes share bonus material to go along with some of these videos. Alright. Thank you so much for reading. I’ll see you guys soon..